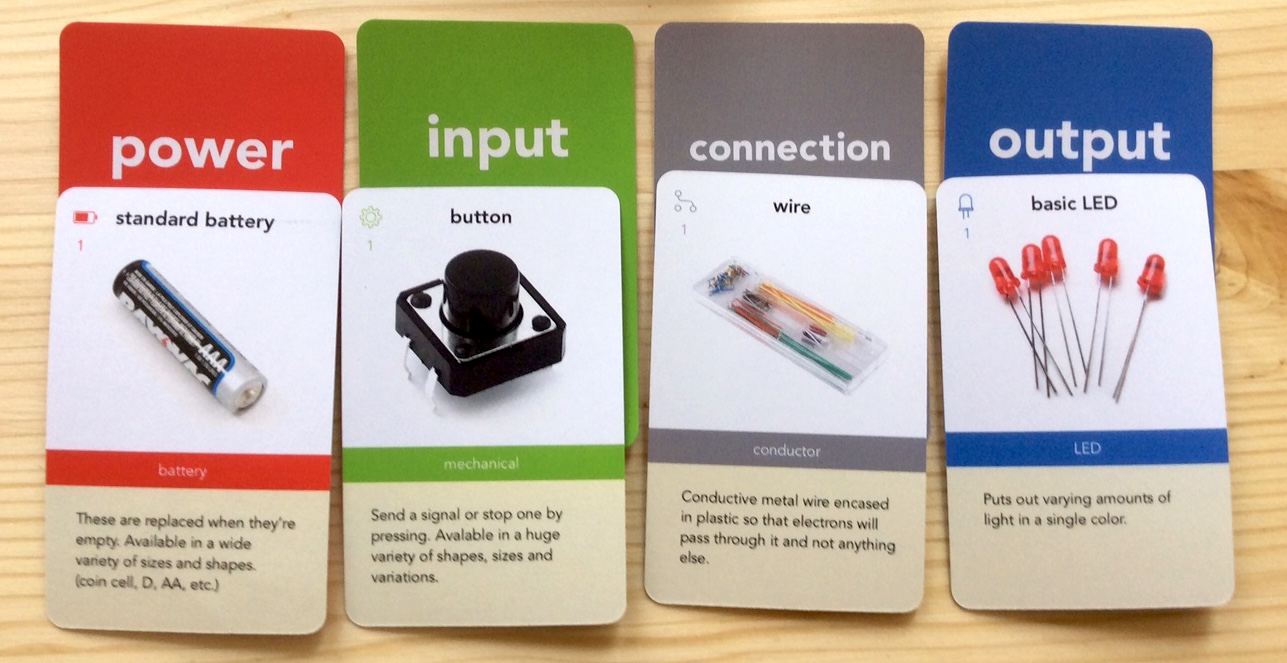 In the era of ubiquitous computing and more and more constantly connected devices, it’s important that technologists like myself reach out to the lay public and educate them about the possibilities of electronics and data processing. Unfortunately, many people have gotten so used to the consumption of ready-made products that their own ideas, fantasies and desires don’t reach further than Apple’s latest product portfolio. Know Cards from Tina Aspiala and Alex Deschamps-Sonsino aim to bring the experimentation with product ideas back. Their play-card set Know Cards allows people from all ages and professional backgrounds to combine an extensive set of electronic components to come up with novel product ideas. Cards from the areas power, input, connection and output can be combined to design the most simple circuit (battery-driven, button-operated light) to the most ridiculous inventions (how about a 3D-printer that’s internet-connected and produces plastic rods of a length depending on a remote-user’s heart rate?).

Each Know Cards from one of the four key areas show an exemplary picture of the component and a rough explanation of their function. Beware: It’s quite evident that Tina and Alex are more product designers than pedantic technology-obsessed geeks. So if you happen to be a hardware engineer or worse, some explanations may provoke a raised eyebrow, although it has to be said that these are never really wrong, just not as accurately described as the average geek (me!) would like. However, as a tool to give creatives a handle on the vast range of potential sensors, outputs and power options and the endless ways of combining them into exciting product ideas, Know Cards totally do their job!

The complete deck contains 162 cards and costs $150. That may seem steep, but these are beautiful cards (not cheap to make in small print runs) and educators can even download Know Cards for free. I’ve had the privilege of learning to use my Know Cards during a workshop with Tina and Alex, and with the catering they provided on the day I’m tempted to say that I payed for a work lunch in London and got a workshop and a card deck for free.

I’m aiming to use my Know Cards to explore product ideas for the Internet-of-Things, a domain that they have explicitly targeted. In that context comes my only real criticism about the cards: granularity and grouping. Wired and wireless connections for information exchange (i.e. the internet connection) are in the same category as breadboards and jumper wires. And while I agree that the key difference between a DC source and Ethernet communication is the raise and fall of voltage, I personally would have chosen to separate those “connection classes”. 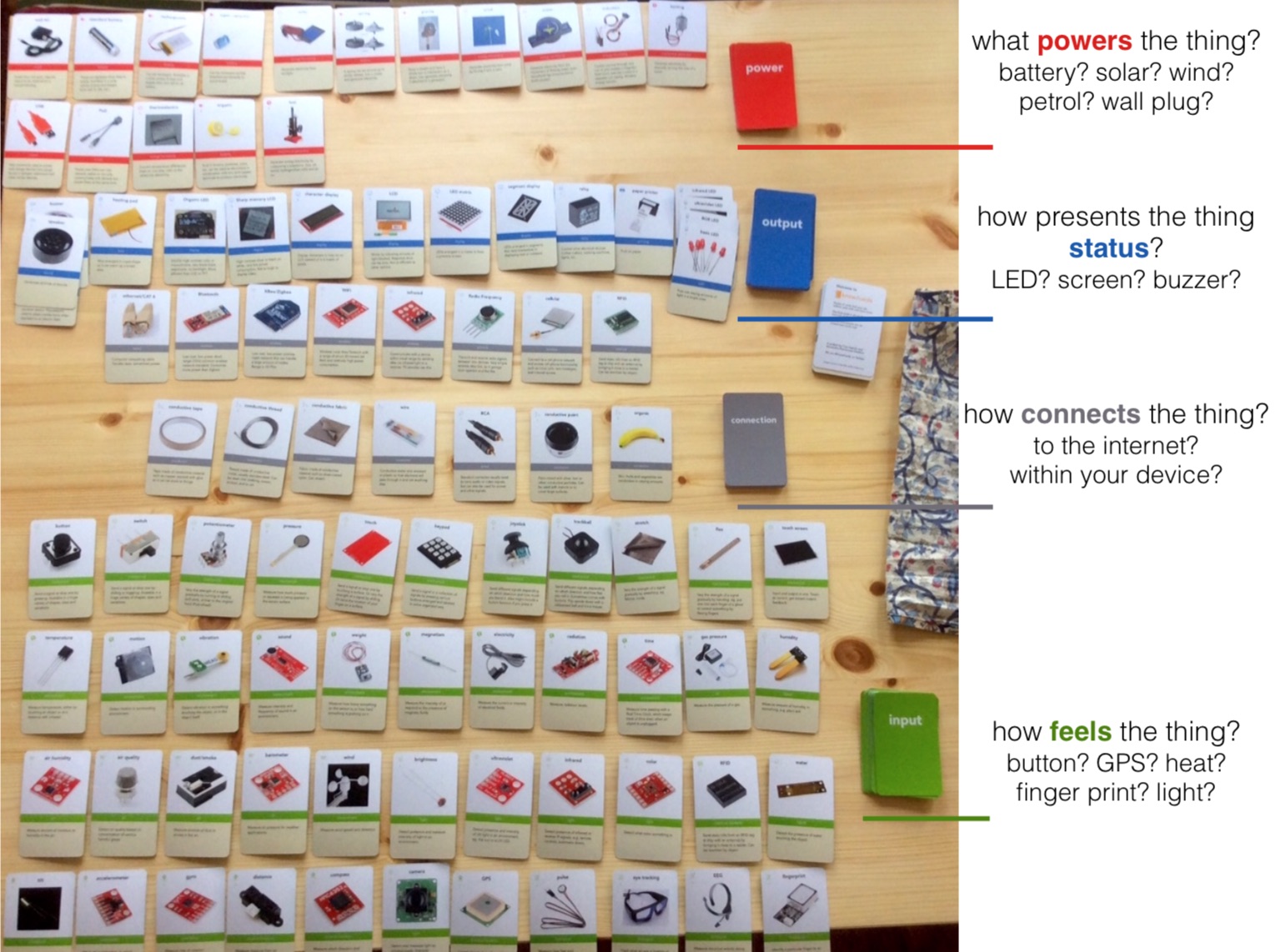 A granularity issue arises when a Know Card explains a component that -in principle- could easily be created by combining two or more other, existing components. And while the infinite choice of buttons is really just represented with one exemplar, it’s not quite clear what drove the decision to have LED, RGB LED, IR LED, UV LED, LED ring, LED bar, etc. as separate entities – their light will always be generated by the same physical principle and in my deck, I’m simply just using LED now. The sensor deck allows similar consolidations.

Nevertheless, despite distilling my teaching deck to less than 100 Know Cards, we shan’t forget that there are still 16 power options to be combined with 8 different ways to connect to the internet, show a status with a dozen options (ranging from LED to buzzers to screens), and sensing from more than 40 sensors.

All in all, if you’re an educator or have the need to efficiently communicate a range of technical options to a larger group, Know Cards are definitely a great tool for physical mind-mapping.