Today I want to reflect a bit on quality checks (QC) in small batch production runs. That is, how do you check your electronics hardware when you’re past the prototyping stage but you haven’t quite arrived at automated manufacturing and testing.

I hesitated to post this as I can’t really come up with general rules and I’m sure many people have already perfected this step. However, Twitter encouraged me to report my limited experience with the passive-infrared motion sensors I deployed recently for a customer.

.@BorisAdryan What audiences might appreciate is your view, "Where will this take us tomorrow?" Opportunities, risks, considerations.

Also, that stuff needs to be documented, so I might as well do it in public.

Anatomy of the device 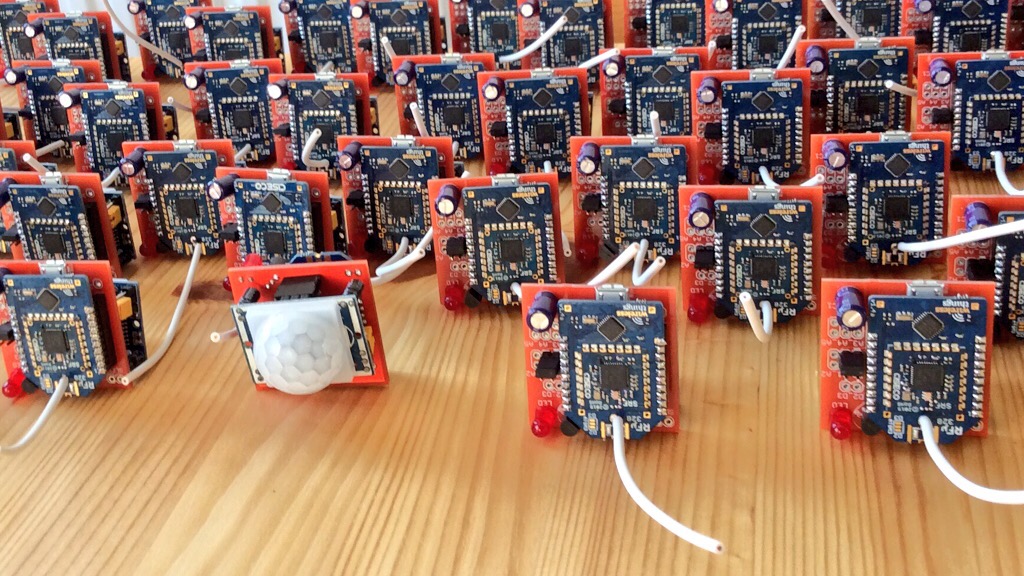 The picture shows the device from two sides. One side carries an off-the-shelf HC-SR501 passive-infrared motion sensor (PIR; the white dome) that reacts to movement of warm-blooded animals. The other side features a Wirelessthings RFμ328 Arduino-compatible microcontroller with on-board radio capability to relay the state of the PIR.

Here’s a close-up together with an AA battery for size comparison: 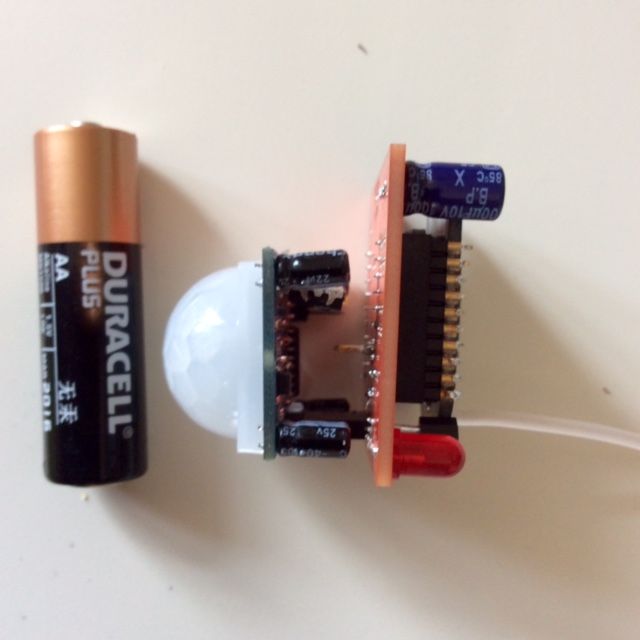 For the purposes of my customer, the device is powered through a micro-USB power adapter at a standard 5V. There’s very little in terms of user interaction, just a LED for status blinks and a jumper for tests. A nice feature is a 1-wire DS18B20 temperature sensor. While the customer didn’t need the temperature reporting, but the 1-wire protocol provides an unique identifier thus that all devices can run with the same hard- and software, but have a distinct identity. Underneath the radio, there is a Wirelessthings PowerPOD (1117) for voltage conversion to 3V3 for the radio module. The 3V3 circuit is further buffered with a 100 μF capacitor. There’s also a 4k7 resistor to enable the use of the DS18B20 in parasite mode. 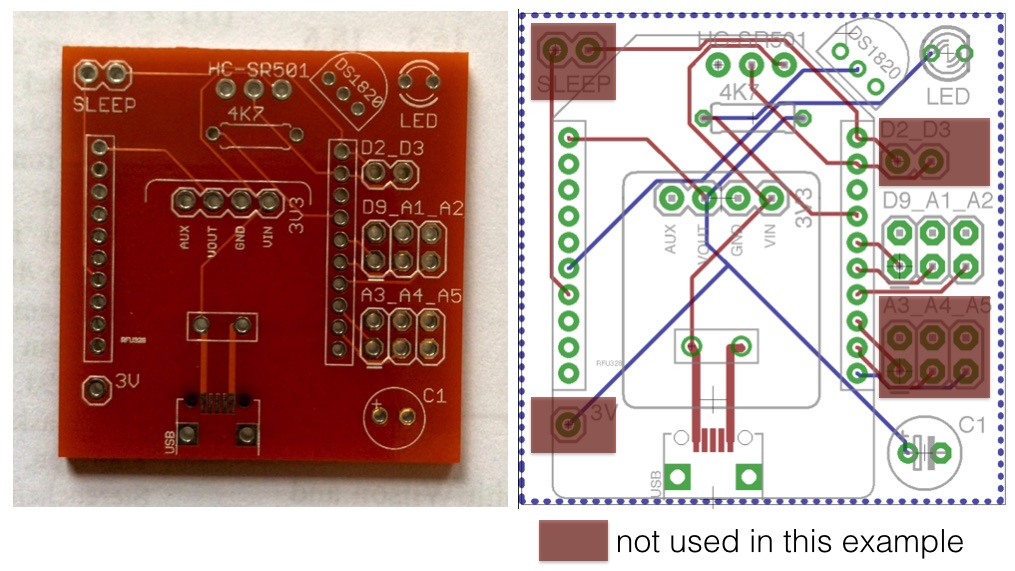 The PCB and the EAGLE board layout.

From the prototyping stage I was sure to have a functioning board and working RFμ328 code. That is, for one device I was very certain that I’ve designed and built the right thing. But how go about making several dozen? What could fail?

You don’t want to end up in a situation where you realise that half of your carefully built sensors don’t work, and you have no idea why!

I went over the boards in several iterations.

The top shows what Miles does. The bottom shows what Stacey does. Lately, both haven't been happy with each other. pic.twitter.com/zhvgktbuPA

I inserted the legs into female headers (2mm pitch) and soldered the carefully aligned headers onto the board.

As I said, this was a very case-specific QC strategy, but I hope that you may find some of my reasoning applicable to your own hardware projects.